A Budd Guide To Dress Studs

In Off the Cuff & Style Guide
by Natalie

Traditionally, if attending an event in the evening, White Tie or Black Tie would have been the stipulated dress code with a quasi-uniform list of acceptable garments. Whilst many occasions are now far less formal - invitations bearing the old dress-wear instructions are still to be found, for instance, at State, military and livery company dinners. One lesser know fact is that, technically, ordinary shirt buttons are not supposed to be seen for either of the formal codes. This comes from a practical standpoint - cotton or linen dress shirts (formal shirts, in North America) would have originally been starched which would have either broken buttons in the laundry process or rendered them useless when trying to fasten shirts when they are stiff. To this effect, chain cuff links and manoeuvrable dress studs came to be used - they also add an extra touch of elegance and allow for some personal stamp to be put onto an outfit which is, essentially, likely to look very similar to that of most other attendees. We are fortunate enough to work with three excellent silversmiths, each of whom have their own specialty. 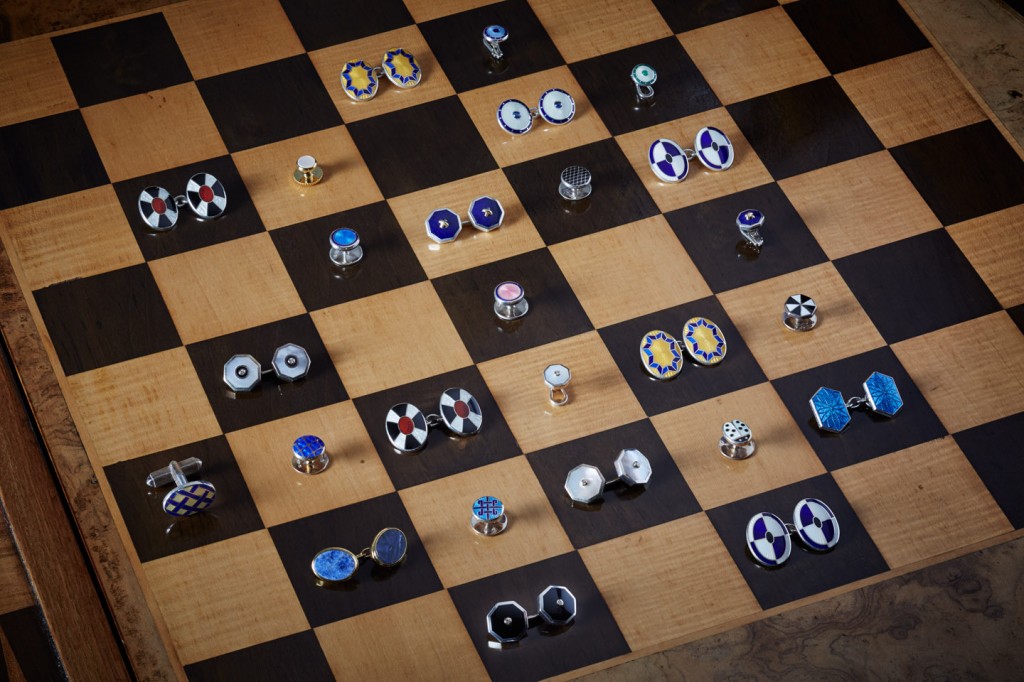 From Birmingham, we source studs which are solid, with a larger back piece which is convenient as the exquisite cloisonné enamel designs can be used as a button whilst the rearmost section holds firm against the underside of the shirt. These studs range from our exceedingly subtle (and popular) white and other single colour sunburst studs to ladybirds, pinwheels and crosses. The technique is created by intricately coiling a silver wire base in which the enamel can be set. This is what allows for our variety of styles to be produced - which we carefully choose to offer somewhat fun, but generally sophisticated options which add a lift to an outfit, rather than being over-the-top. 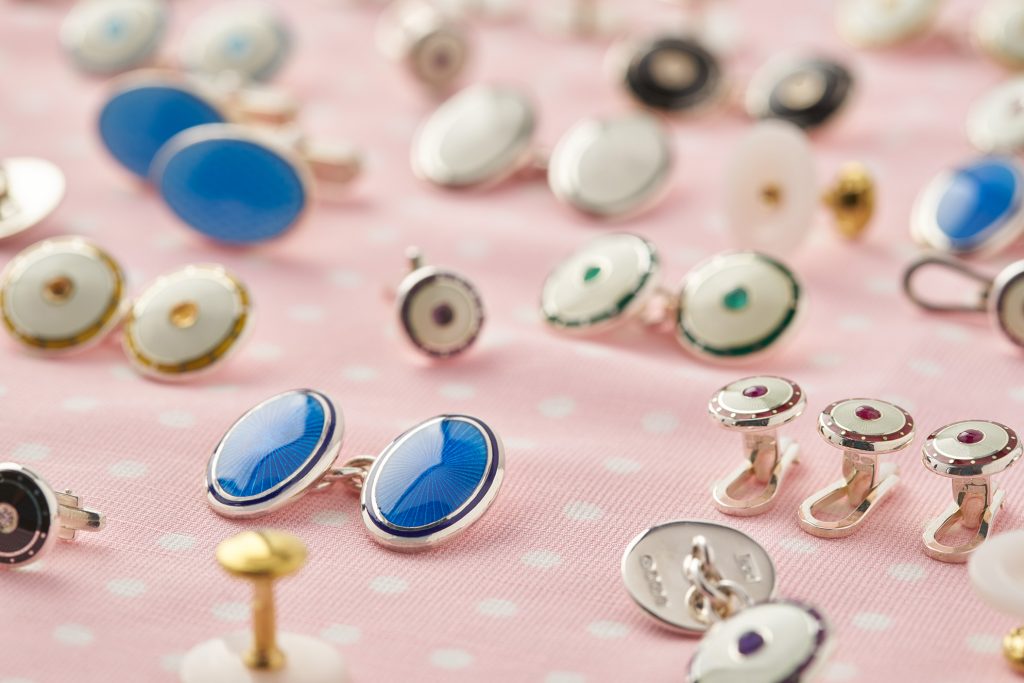 We also source cloisonné enamel studs from Bristol; but these use the classical White Tie fastener which can be plied into two shapes, to allow for their insertion into the shirt.  Hereby, the fastener is usually threaded through the button/stud holes from the shirt frontage. If a shirt has small stud holes, this is particularly useful - especially with a stiffened shirt. These designs rely on simple elegance, with a range of two tone options in cloisonné sunburst and, based on a white background with complimentary rim colour, the introduction of precious stones: sapphire, ruby, emerald, citrine, rhodalite, amethyst, topaz and, most recently added, onyx. As an online exclusive, and orderable from the shop, there is the option of black cloisonné with a diamond centre.  Dependent on taste, these would be considered as toned-down enough for a White Tie event - or a sartorial lift for Black Tie. 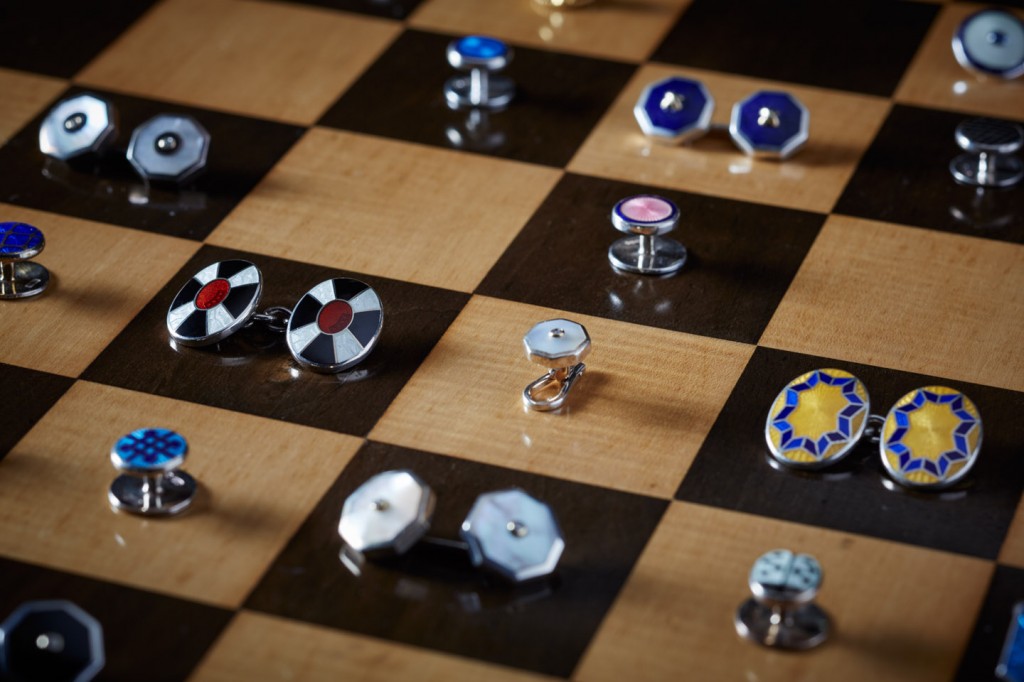 Our longest-serving studs are brought in from Sheffield. Originally sourced from a small studio in Derbyshire, a gentleman stepped-in to acquire the maker's designs and maintains classical pieces which have always been called hexagonal in the shop. The non-rounded finish was produced to show hand-making - a subtle differential in a room where most studs look very similar. These studs also focus entirely on the precious stone - whilst all studs mentioned on this page are made of sterling silver, the main make up of these studs is hewn from one stone. As such, we produce, chiefly, onyx, mother-of-pearl and lapis lazuli studs; a small offering of other stones is available in the shop.  We offer versions with an eighteen carat gold cross - historically the most popular - and even with a two-point diamond set into the middle. Our more modern version (added due to customer demand in recent years) has no centre point; solely focusing on the stone. They feature the pliable fastener which makes life a lot easier when trying to dress with stud holes and/or a stiffened shirt. Due to the subtle-yet-sartorial nature of these stone sets, they are a perfect accompaniment to White Tie, especially in mother-of-pearl, or for those aiming for a clean and consistent look.