Bremont Watch Company first launched its collection of sophisticated, aviation inspired timepieces in 2007 after 5 years in development. Founded in 2002 by two British brothers, Nick and Giles English, Bremont originated from the brothers’ joint lifetime love and passion for engineering and aviation.

The story of Bremont reads like fiction, but is very real indeed. It begins in 1995 following a tragic plane crash that Nick had with his father, Euan English. Whilst training for an air-show in the UK, their WWII Harvard aircraft was involved in a horrendous accident. Their father Euan died and Nick broke over 30 bones. This accident was a tipping-point in the brothers’ lives and provided the impetus to set up a watch atelier.

Just a year after the plane crash, Nick and Giles were back in the air again, flying across France in a 60-year-old plane. Bad weather forced them to make an emergency landing in a pea field in the Champagne region. As fate would have it, the field was owned by an old farmer, who not only reminded the brothers of their late father, but who was also a former WWII pilot and just as passionate about aircraft as Nick and Giles. His farmhouse housed a wonderful selection of restored wall clocks and he wore a particularly special wristwatch, given to him by his father. His name, was Antoine Bremont. With his passions in life so closely mirroring those of the brothers and their father, it felt appropriate to choose Bremont’s name for the brand.

Nick and Giles’s objective was to make a watch that would last more than a lifetime. To that end, it had to be built from the best materials, using the most tried and tested techniques. Their watches would be tested above and beyond the demands placed upon conventional wristwatches. As a result, the stainless-steel case of each Bremont is made to an exceptional hardness of 2000 Vickers which is seven times that of an average steel watch case. The convex sapphire crystal is equally as hard and has nine layers of anti-reflective coating applied to both sides of the glass for increased legibility. Each Bremont watch must achieve accuracy to within - 4 and + 6 seconds per day. Bremont now finds itself in the top 10 of the world’s chronometer manufacturers.

The high standard of finish and attention to detail in every element of a Bremont watch is executed by the company’s meticulous craftsmen at its Henley-on-Thames HQ (opened in 2013).  In 2010, the company produced the B-1 Marine Clock, their first timepiece to be made entirely in England. The brothers set out to create a classic English-styled watch that could be worn in the boardroom or on extreme terrain. In addition to lab testing, each model is tried and tested ‘in the field’ by professional adventurers and explorers. Bremont is the watch of choice for military squadrons across the globe who approach the brand to develop purpose-built custom watches. 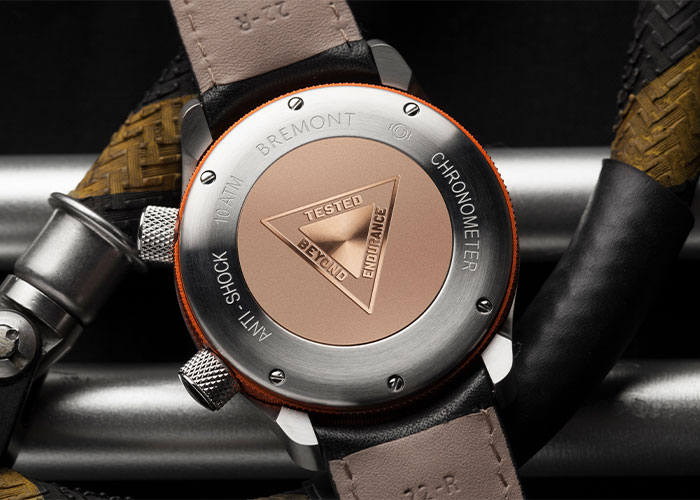 Late 2020 will see the company opening new headquarters in Henley, where state of the art facilities will bring manufacturing of parts and assembly under one roof. Historically, Britain was the pioneer of technical development throughout the last century and Bremont is proud to be at the forefront of the revival of British watchmaking.

Design your own watch

Looking for some lockdown distraction? Then have a play on Bremont’ s brand new online MBII Configurator system. It offers up a lot of fun and will leave you sorely tempted. Choose your preferred dial, case, case back, barrel and strap. There are 1,000 possible designs. Your watch is then made by Bremont’s expert team at its Henley HQ. 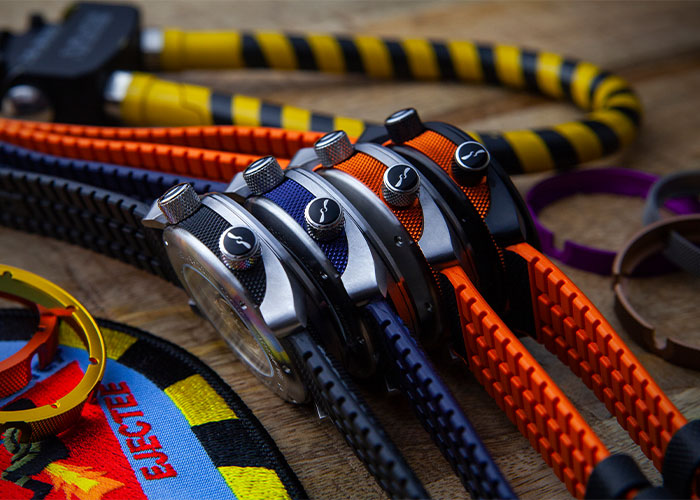