Andrew Rowley, or Andy to most of us has fronted the Budd shop in Piccadilly for nearly 40 years. He is one of life’s jovial gentlemen, genteel and dry whitted and generally unflappable. He is the person people come to for advice on correct dress code and a font of knowledge on sartorial excellence and nuance. His mind is a treasure trove of Budd memories and anecdotes, there are so many that you end up spoilt for choice when it comes to choosing them. We asked him to pick a few whilst on some imposed downtime from the shop. 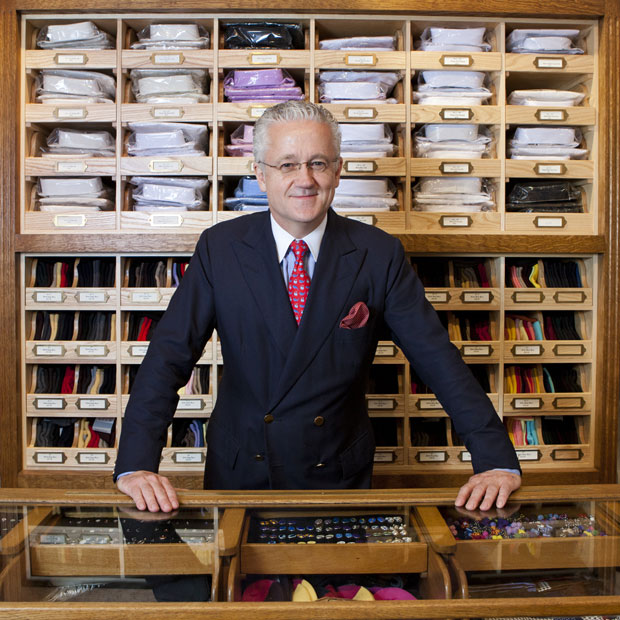 I feel like I have always been aware of Budd, ever since I was a child... My father was a silk rep for one of the mills and so would regularly travel up to London and visit the West End’s shirtmakers. It was a time when Jermyn Street was at its most revered.

Remembering my father... I went to one of our silk suppliers, Vanners in Sudbury a couple of years ago to order some motif ties from their archive. Whilst there, I met one of their old directors who only works for the company two days a month. He remembered my father from his days at Vavasseur. Over the course of the past twenty years and through various agents, I have tried to find an original Budd silk design known as the diced check. Serendipitous to our meeting that day, the gentleman  popped down to the basement and retrieved the original sample book! Next to the silk cuttings, was my father’s copperplate handwriting in ink. It was the first time I had seen his writing since he died in 1983. It was quite a day! 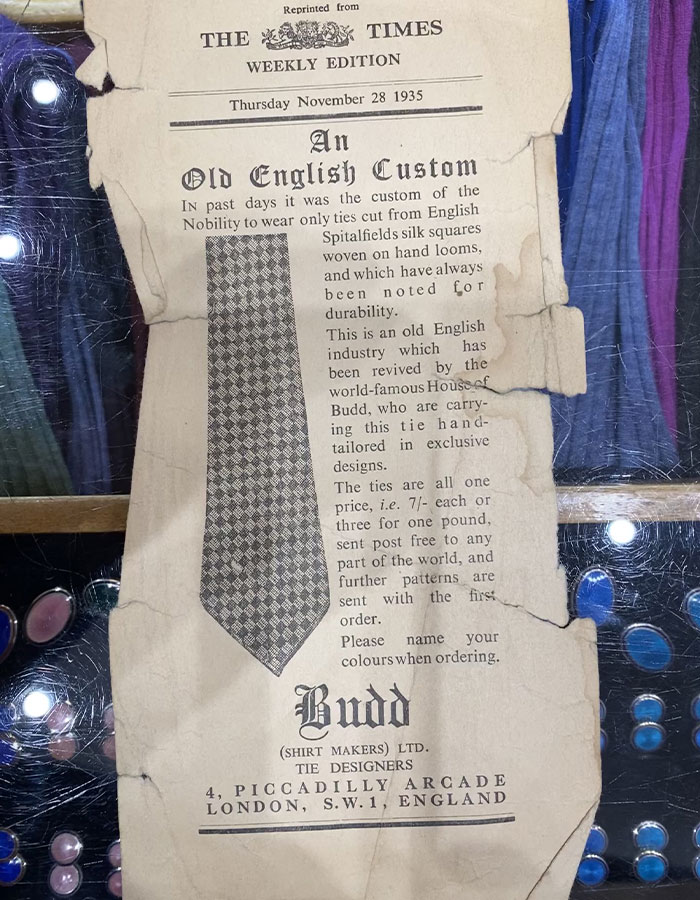 The most valuable lesson my father taught me... My father taught me that the essence of being a West End salesman, rather than a high street one, is not to sell whatever merchandise is before you, but to be and sell yourself. If a customer believes in your integrity then you have made a customer for life, not just a sale and enjoy an established rapport. 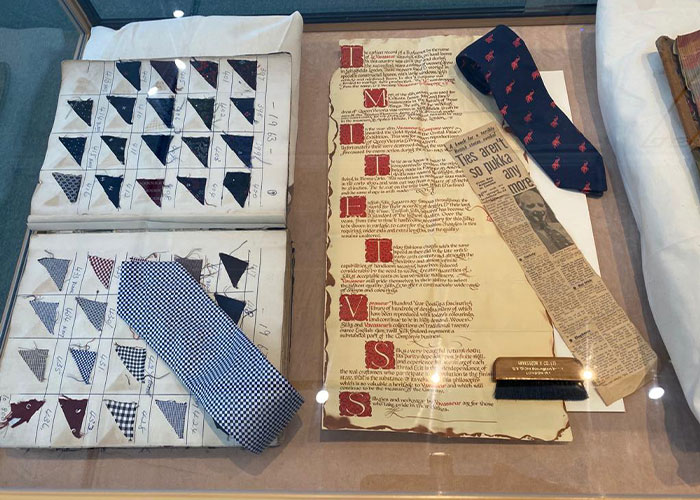 Starting out at Budd... My mentors were Mr Chalmers and Tom Rawlinson. Mr Chalmers was a charming gentlemanly rouge. He had been there since the 1930s, seen almost everything and had an extensive knowledge of how to run a business. Tom was the main gentleman in the shop proper and had been there for 20 years or so when I joined. He taught me how to run the shop. Every day was an education.

Two peas in a pod... The partnership between Mr Butcher and myself has been the cornerstone of the last 40 years or so. It has been forged over games of Cribbage and Stella Artois. The firm has always come first and we are strongly protective of it. I still gravely inform customers that the first seven years under Mr Butcher’s care are the worst! 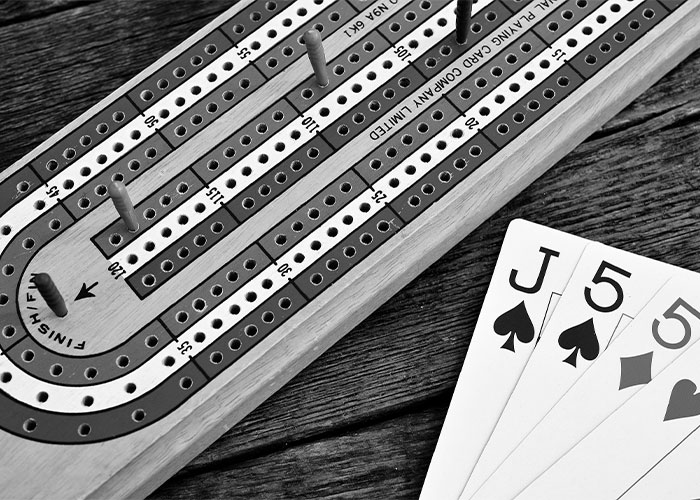 Our Andover Angels... Di and Gwen should be national treasures. The two ladies have run our Andover workroom  for years and are as Budd as any of the Piccadilly team. We deal with a lot of suppliers and makers with varying degrees of expertise and helpfulness. Without question and without fail they have never let us down over the course of the last three decades. They always seem to have an unfailing sense of good grace and humour. Marvellous and reassuring. 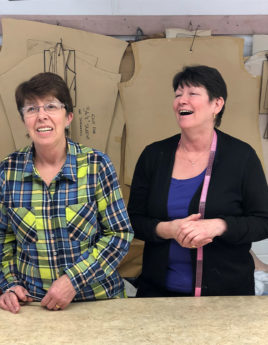 It takes me a while to get to work every day... and I can’t fathom how many times I have made the journey! Commuting from the Sussex coast enables me to have the best of both worlds. I read the paper for the first 15 minutes and then sleep both ways. In recent times I have had to resort to headphones as the days of a stern look if you rustled your paper too loudly are long gone!

Dazzled by Dynasty... A lady came into the shop with a gentleman. She was rather glamorous and corralled up and down the shop a couple of times and then stopped and placed her sunglasses down on the counter. Pausing my work, I looked to her, only for her to exclaim “Yes, I am Joan Collins!” Her then-to-be husband (no.4) Peter Holm, bought a white satin batwing bow. Dynasty was at its height then and Ms Collins the height of glamour. That moment has always made me chuckle! 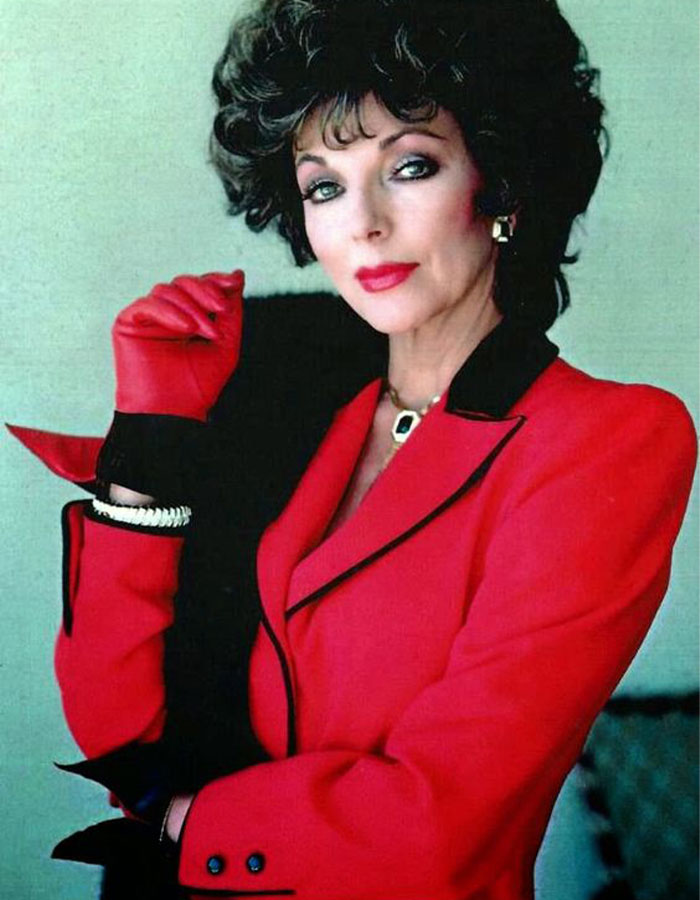 Another claim to fame of times gone by... I made some nightshirts for Elaine Page. She was trying one on in the shop and looking a bit pensive in the mirror. She asked if she looked good in them and I replied tongue in cheek “ You’d look good in anything,Dahling!” She guffawed and opted for Soyella! I doubt that would be appropriate today, but it sums up the easy rapports that we establish in the shop and is a fond memory.

Fame or fortune generally don’t impress Mr Butcher or myself... They say you should never meet your heroes, but occasionally it’s a joy. Jimmy Greaves came in for a couple of shirts. I advised him that the sleeves would be too long for him. Some of our customers are sticklers and will obsess over a quarter of an inch, so I wanted to ensure this was clear. Given his size, Mr Greave’s shirts would have been a good 3 inches too long. His unexpected reply of  “don’t worry mate, I’ll roll ‘em up!” was music to my ears!

Amongst the highlights of my job, has been... We provide a lot of shirts and clothing for films and television, but I really enjoyed assisting with the shirts for The English Patient (Ralph Fiennes), The Fifth Element (Bruce Willis) and Goldeneye (Charles Dance). It was also rewarding to see Daniel Day-Lewis spend so much time in our pyjamas in The Phantom Thread.

I used to tread the boards a lot. I managed to sweet talk Edward Fox, Terence Stamp and Charles Dance to be Vice-Presidents of Brighton Theatre Group, something that still brings a smile to my face even today. The engagement resulted in Edward Fox, accompanied by his mother, the impresario Angela Fox, attending our premier of A Chorus Line at The Theatre Royal Brighton and meeting the cast backstage. He is a true gent and a long and loyal customer. 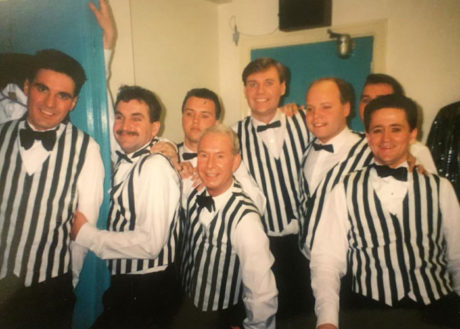 A perk of the job... Seeing The Rolling Stones with Mr Butcher and his sons courtesy of Charlie Watts was magnificent! There was a free bar beforehand with beer served from silver platters!

You never know who might walk through the door... The other afternoon, I was in the process of selling a modest woollen robe to a customer, when the door opened. In came a Lord and a Count, having just had a rather good lunch in St James’s. They just popped in out of courtesy to say hello and enquire after my health. After exchanging some quips, they departed, but not before convincing my customer to upgrade his purchase to a wool and cashmere robe instead, spending somewhat North of £1000! The adage “the customer is always right” has never rung so sweetly!