In Heritage & Craft
by Natalie

We have never known what compelled Harold Budd to open his self-named shirtmakers in the Piccadilly Arcade back in 1910, but we do know that he was a man who recognised a good retail opportunity when he saw one and who appreciated the finer details and aesthetics of menswear. After the gloom and sobriety of Queen Victoria’s reign, Britain under the rule of King Edward VII was now embracing colour and greater sartorial panache. This shift, coupled with the energy brought to the area by its gentleman’s clubs, royalty (St. James’s Palace) and the recently opened and glamorous Ritz Hotel, flagged it as a true, London hotspot.

The streets of Mayfair and St. James had long been a destination for elegant gentleman, Beau Brummell (1887-1840) being perhaps the most famous of them all. When the Piccadilly Arcade was completed in 1910, it was a menswear mecca, housing 28 shops. It seems a little odd to consider today, but yesterday’s arcades were akin to today’s shopping malls; a multitude of shops, collected in to one space and protected from the elements. Luckily for them, the notion of a fast-food outlet or piped music was a long way off!

The architect behind the Piccadilly Arcade, was a gentleman by the name of George Thrale Jell. He had been the visionary behind many of the shops and apartment buildings around Oxford Street and Mayfair, and thus, under commission in 1909, he contracted Kensington builders, Messrs Leslie & Co to begin construction of an elegant, new thoroughfare that would connect Jermyn Street with Piccadilly. Built from Portland Style and with neo-classical overtones, the Arcade was elegant and convenient. Harold Budd was one of the first tenants to move in (and today’s only original tenant), setting up shop at no. 4. Those familiar with Budd’s “space” issues will recognise that the three floors that the shop occupied were a true luxury, although, given the limited spaces within the Arcade, we cannot be sure how generously proportioned the establishment was. Ready to wear was not yet a factor for the company, thus allowing plenty of room for cutting and general haberdashery. Today, Budd also occupies three floors at 1a & 3 Piccadilly Arcade, but let’s just say, cat swinging is strictly off the cards.

The Piccadilly Arcade traded peacefully for three decades until the advent of the Blitz in the Autumn of 1940. Mr Budd proved a lively character, familiar to the area, with as many highs as he had lows. We know that come the 1920s he had already met with success, thanks in part to the mention of Budd in Gershwin’s “Best of Everything” (1919) and the subsequent glory of the roaring 20s and the demand for dresswear. Journalist Nick Foulkes found a Budd bow tie in an antique shop some years back. It was in its original packaging and labelled Charleston. The novel design of the bow and its packaging, not only tells us that Budd was on the map for sartorial society, but that its’ interesting shape also lets us know something of Harold’s creativity.

This was also the age of the stiff, detachable collar, and as the gentlemen’s club of the area thrived, so did Budd, capitalising on the pride and distinction associated with being a member of a specific club, creating a collar unique to each establishment. We continue to stock stiff collars today, but are limited to one classic design, the Carlton.

Whilst regularly catering to the sociable gentlemen of St. James’s, Harold Budd himself liked to get out into the local community and socialise. He was partial to a libation on a Friday afternoon, dipping his hand in coffers to fund this local socialising, before prompting returning to the shop to “rest his eyes.” An afternoon in The Red Lion or any other establishment can lead to either joy or gloom. On occasions where the latter would fall upon poor Harold, he would declare the company at its end of days, and flirt with throwing in the towel. Luckily for us, he was to hold out. 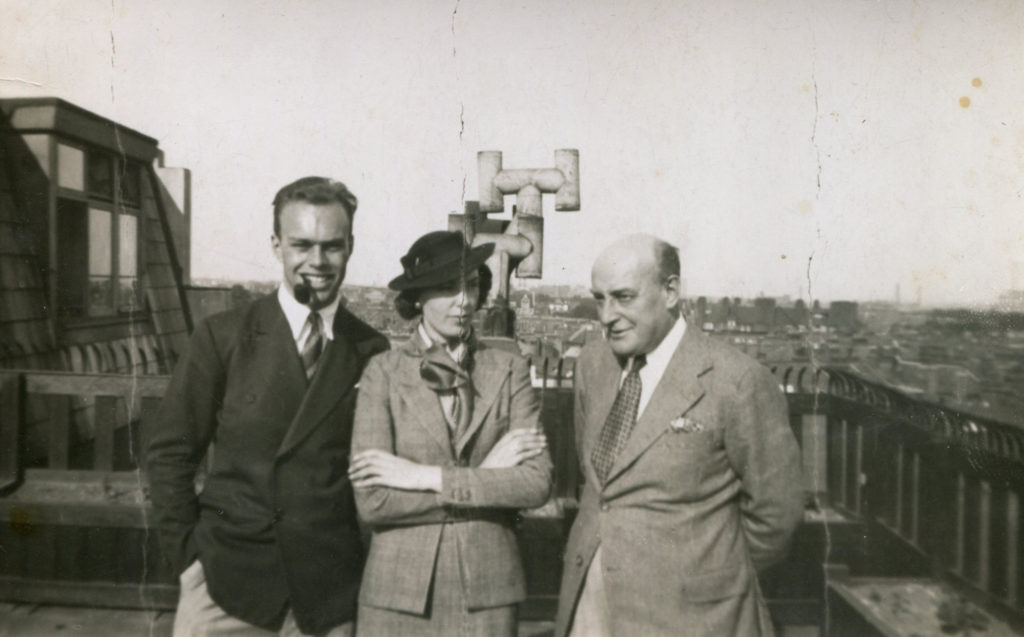 In April 1941, St. James's was badly bombed. Dunhill, on the corner of Jermyn St, a few yards from Budd, took a direct hit and much of Fortnum & Mason was also destroyed. At 3.10 am on 17 April, the Luftwaffe dropped a 2,200lb parachute bomb, which hit the Piccadilly Arcade, detonating at rooftop height. The Arcade was devastated and Budd's shop at No 4 burnt down. Twenty-three people were killed that night, including the famous 1930s singer, Al Bowlly (“Goodnight, Sweetheart,” “The Very Thought of You”) who lived on the corner of Duke Street, opposite the south end of the Arcade. He had just finished a concert that night, a little outside London, but had declined the offer of accommodation in favour of returning to his own bed. 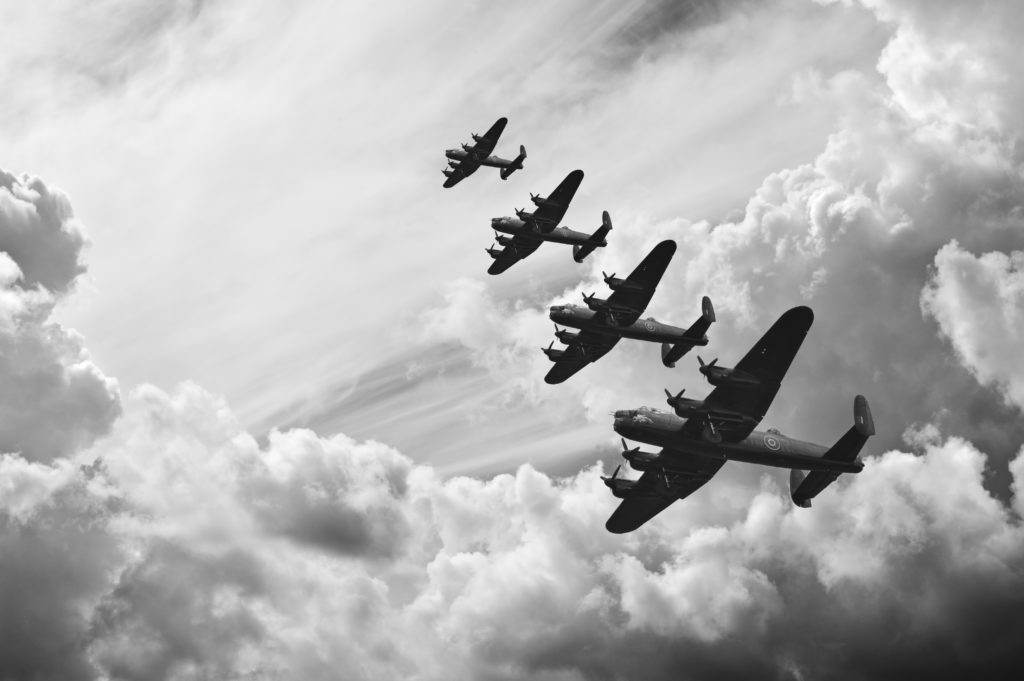 Fortunately, the true British spirit of the Blitz was alive and well. Mr Dunhill eschewed defeat, and continued to sell his exclusive merchandise from a wheelbarrow on Jermyn St, whilst Harold Budd immediately bought the leases on the only two habitable shops left standing in the Arcade. Budd moved into Numbers 1A and 3 Piccadilly Arcade where it has been ever since. It would take until 1957 for the rebuild of the Arcade to be completed. 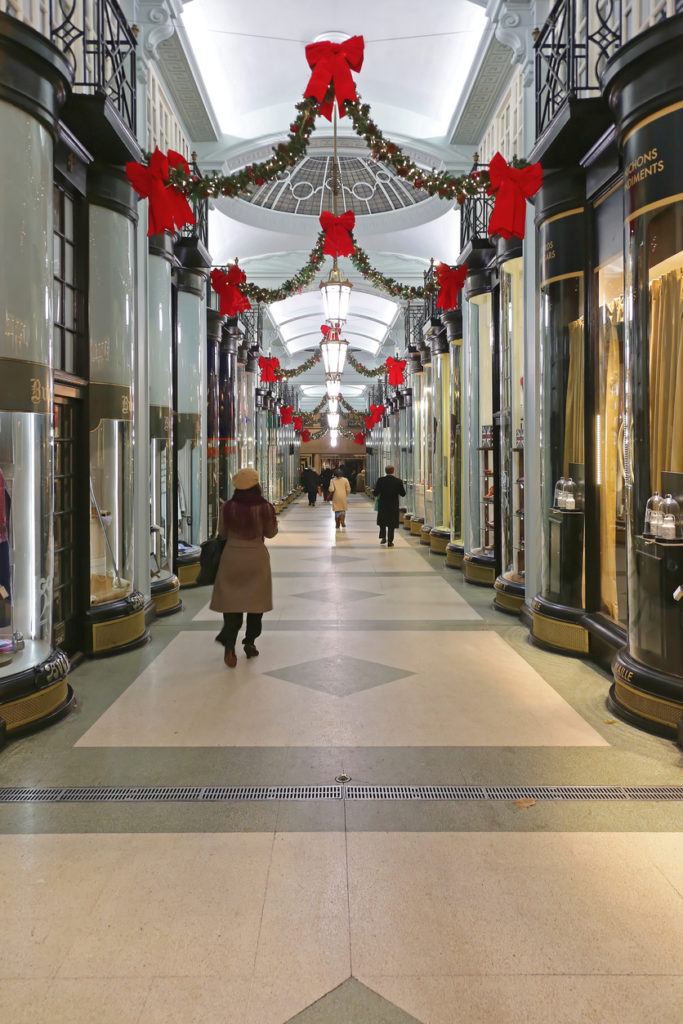 The aftermath of the Second World War meant that Harold Budd was forced to reinvent his business. Commercial realities forced the move away from exclusively  bespoke clothes, to open the gates to more affordable and accessible ready to wear. This marked the advent of Budd the haberdashers as we know it today. The company sold not only shirts, ties, bows and cravats, but a whole range of accessories for a gentleman's wardrobe. Nightwear had also become a speciality, and Budd holds archive images of Mr Budd himself wearing a dressing gown and pyjamas as he enjoys some family time. The beauty of classic gentleman’s nightwear is that so little has changed over the years. We like to think that Harold would approve of the shop’s offering today. 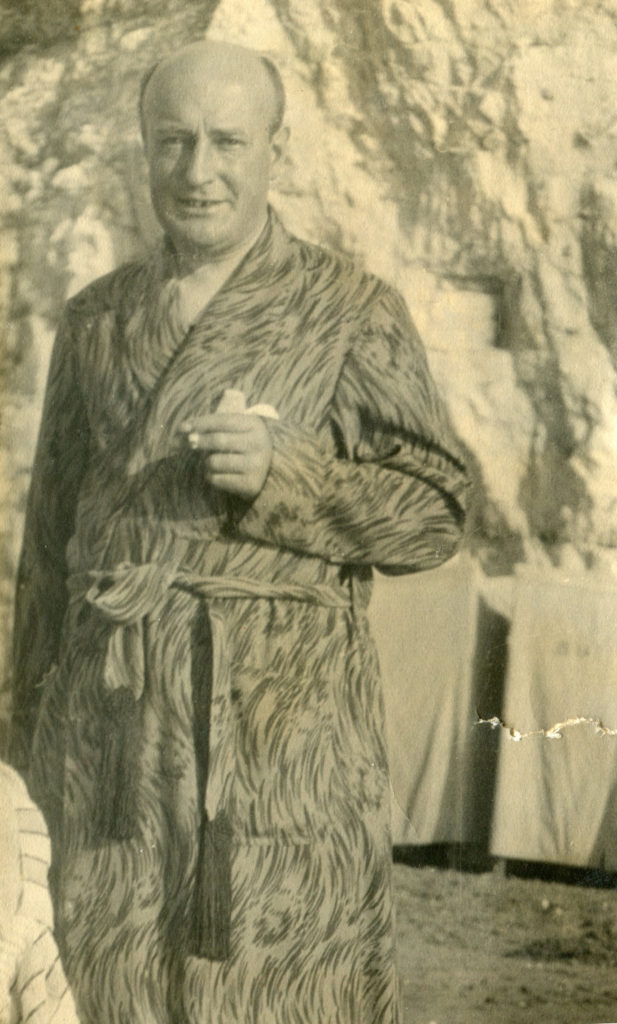 In the spring of 1953, an extended lunch break at the Red Lion got the better of Harold Budd. He had run his business for almost forty five years, but post-war Britain had not proved easy on the trade and ailing years both physically and mentally finally let him to call it a day. Legend has it, he took himself off to the city and filed for bankruptcy, a fact dispelled by the subsequent owner Mr Raven. The company was solvent, but after over four decades at the helm, Mr Budd had had enough.