It was a busy week for Budd in New York last week. Not only were we busy with our trunk show, but we were also shining the light on men’s artisanal clothing and our passion for our craft, alongside our close friends at Anderson & Sheppard by participating in two events in the city; the Permanent Style New York Symposium and a party a the home of John Demsey.

Simon Crompton, of Permanent Style, has held Symposiums biannually for the past few years during the Pitti menswear shows in Florence, Italy. However, until now, these have been open primarily to trade, as opposed to the general PS readership. With this in mind, together with Anderson & Sheppard, we at Budd thought that it would be a good idea to bring the Symposium series to his readership, in one of its strongest territories, New York. It would be safe to say, that the the hall of The General Society of Mechanics and Tradesmen was probably the city’s most sartorial and well turned out venues on the evening of Tuesday 16 October. 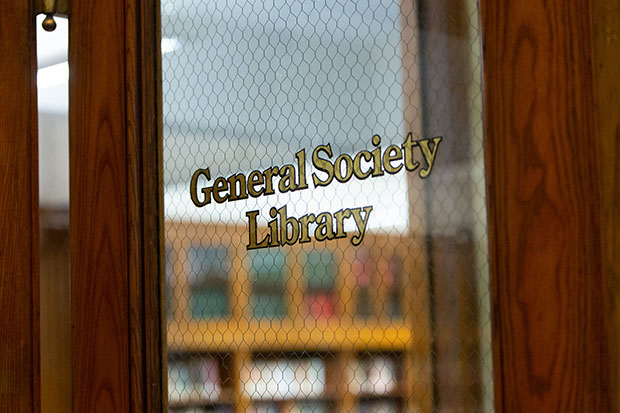 “Dressing Up in a Dress-down Age”

Always spot on when it comes to debating menswear, Simon opted for the discussion theme of “Dressing Up in a Dress-down Age”. Invited along to chew the cud on such matters were luminaries from the city’s world of menswear, luxury and journalism. Our panel of speakers included menswear writer extraordinaire, C. Bruce Boyer, Editor in Chief for Esquire Magazine, Jay Fielden, Scott Schuman a.k.a The Sartorialist, Managing Director of 10 Corso Como, Averyl Oates and Estee Lauder, Executive Group President, John Demsey. Bringing together this eclectic mix of speakers for the first time meant that the results would be unexpected, however, the different characters bounced ideas and thoughts off each other with alacrity and plenty of humour. 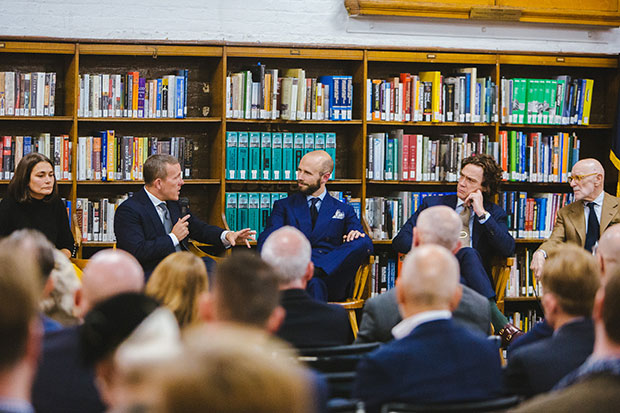 Over 200 guests listened intently as conversation points included dressing for a sense of occasion, dressing for ourselves and each other, and dressing for location. Several fun soundbites emerged from the night, including “Sometimes you have to feel alive in the discomfort…”, “dress down Friday was a horrendous idea”, “Bad taste isn’t a crime..or is it?” and “Do young people have a fear of being overdressed?”. Referring to the room’s shared appreciation for being well turned out, Scott Schuman quipped “Are we the rebels nowadays?” Let’s hope not, but if we are, let’s continue to celebrate elegance and quality.

Scott Schuman of The Sartorialist

“Are we the rebels nowadays?” 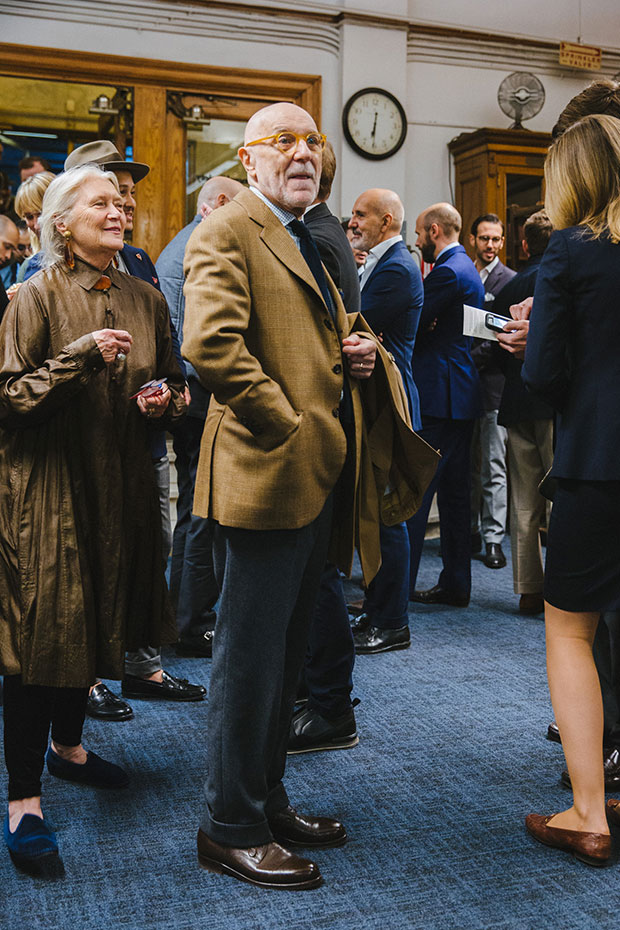 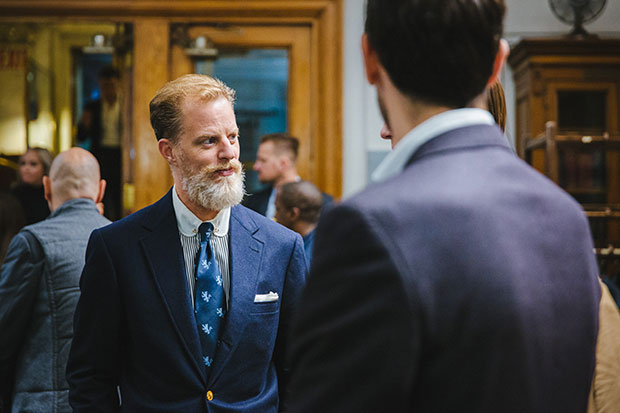 “dress down Friday was a horrendous idea” 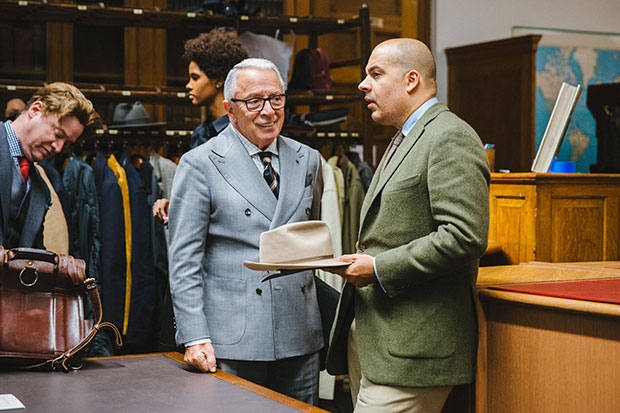 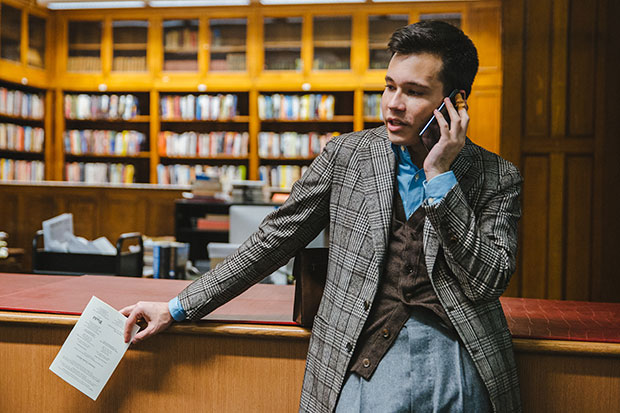 The full symposium can be viewed here:

To accompany the main event, a broad collection of mannequins displayed a series of key looks, from corporate business and black tie, through to dressed down weekend wear and louche, evening looks.

Budd cutter, James Macauslan showcased his skills pre and post talk with a shirt cutting demonstration, allowing guests to engage with the craft at first hand. 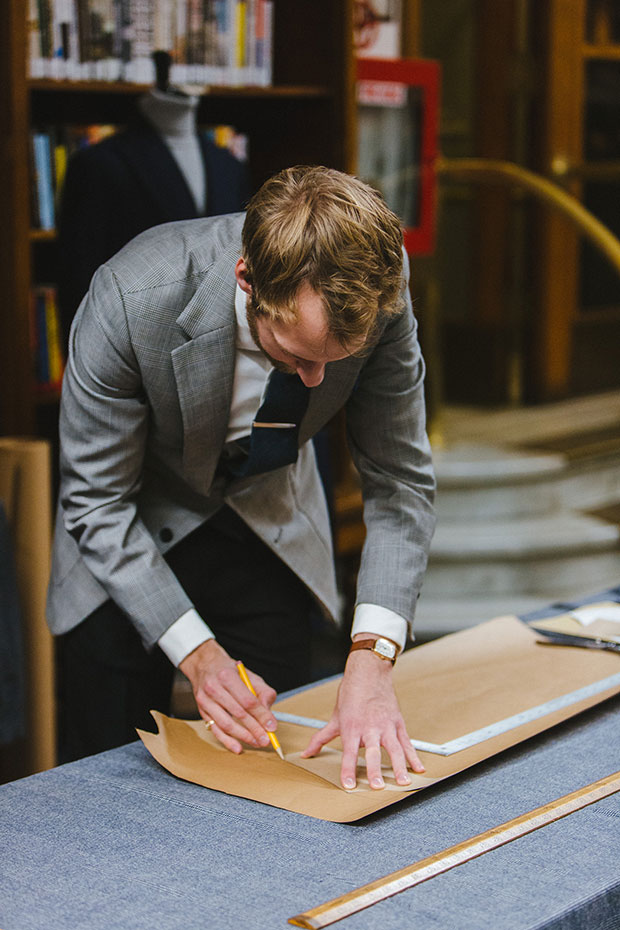 Our thanks to the event space, The General Society of Mechanics and Tradesmen of New York. If you happen to be passing by 20 W. 44 Street, do pop in to see the space. A little like stepping back in time, it is a captivating building, with a tiered gallery, fascinating archive and lock collection.