Off The Cuff
Categories

In All Posts & Style Guide
by Natalie

We could not be madder about Madder at Budd. We love it and it is as characteristic of Budd as our famous house stripe, the bell over our door or the cheery disposition of Andrew Rowley or the stomp of Mr Butcher coming down the stairs to meet one of his customers. 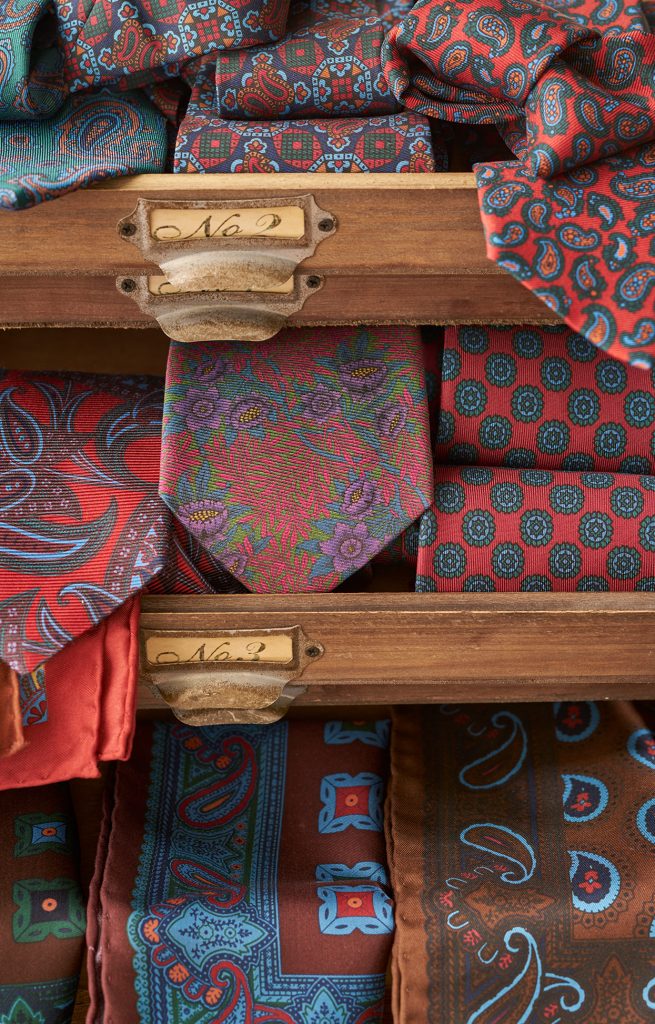 Madder ties are very British and have been worn by the gentleman for over a century. Adopted by the Ivy League, and later, the Italians, they constitute an essential piece of British kit. The aged look of this printed silk means that your accessories and gowns look like well-loved favourites. The classic colour palette of deep red, navy, green and mustard lends itself beautifully to both classic suitings and a myriad of tweeds, working equally at home both in town and country. Madders are perfect to wear throughout the Autumn/Winter months. You don’t need to limit how you wear your Madder pattern either - it need not be restricted to a plain shirt; the subtlety of its hues looking great against a blue stripe or micro check too. 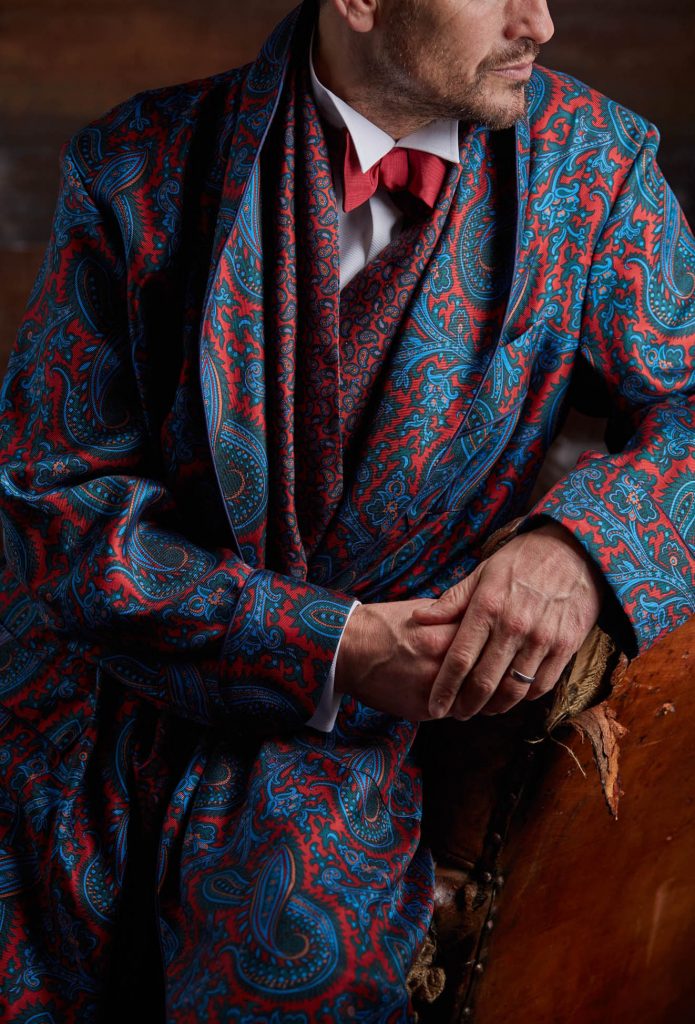 Budd is a destination for Madder. We believe we have bragging rights to one of the most extensive collections of it in the world. We started with neck ties when we set up camp in the Piccadilly Arcade a long while back, and slowly added more to our collection, with pocket squares, bows, sumptuous scarves, night gowns and now braces making up our portfolio. 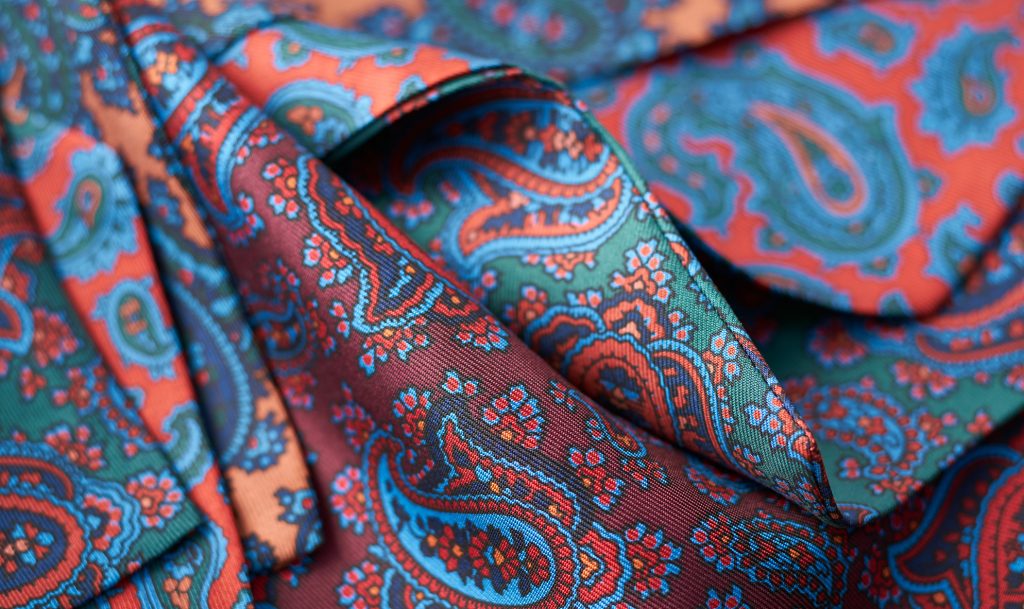 The term Madder itself refers to the Rubia Tinctoria plant, whose sturdy metre long roots produce the distinctive red (known as rose madder and turkey red) hue so synonymous with the cloth. The roots are harvested for two years before the colour from them is extracted.

There are a few myths that abound about Madder and how it is produced, the most common of which involves cow urine. Many textile manuals from the 19th and early 20th century attest to this. Cow’s urine and dung were originally used in the process of working with and fixing madder dyes, but it turns out, urine is not colourfast and as time progressed, new, more efficient techniques developed. Budd believes strongly in adhering to tradition and works only with authentic madders. 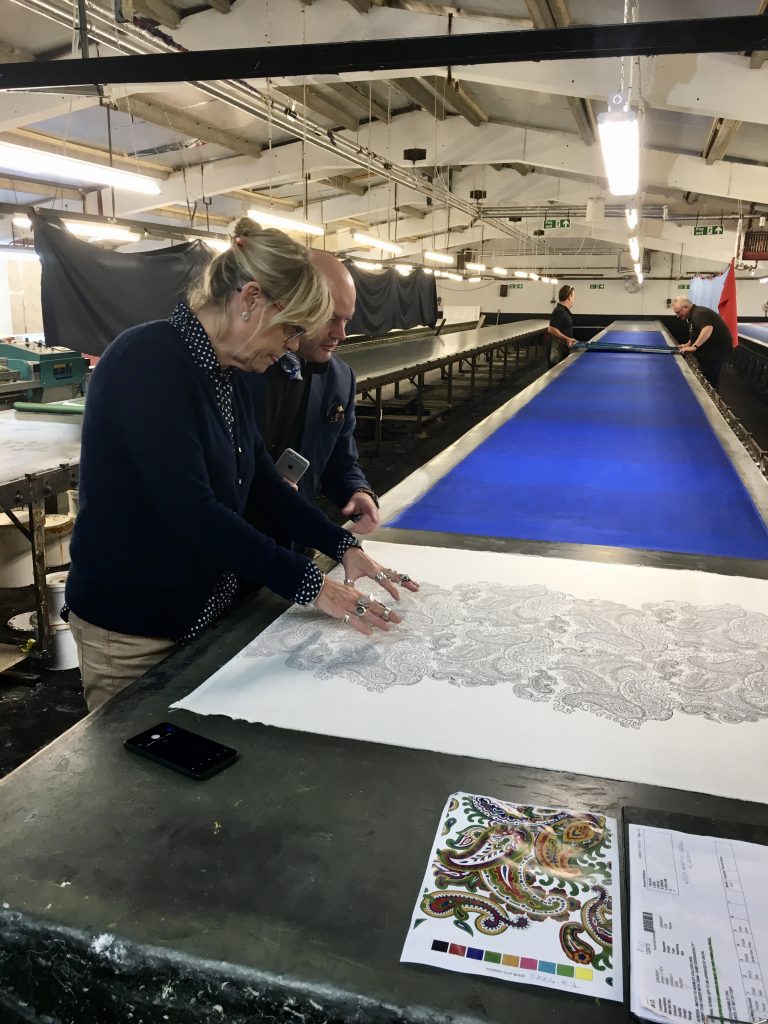 Budd’s silks are produced for us in Macclesfield in the North of England. The mill we work with is over 100 years old and counts a mind boggling archive of designs from over the years, comprising of traditional paisleys and geometrics, both large and small. Budd’s Creative Director, Fanny Ward was lucky enough to work with the mill last year to design and witness the hand creation of each of the silk plates that comprise our exclusive, house paisley, launched by Budd late last year. 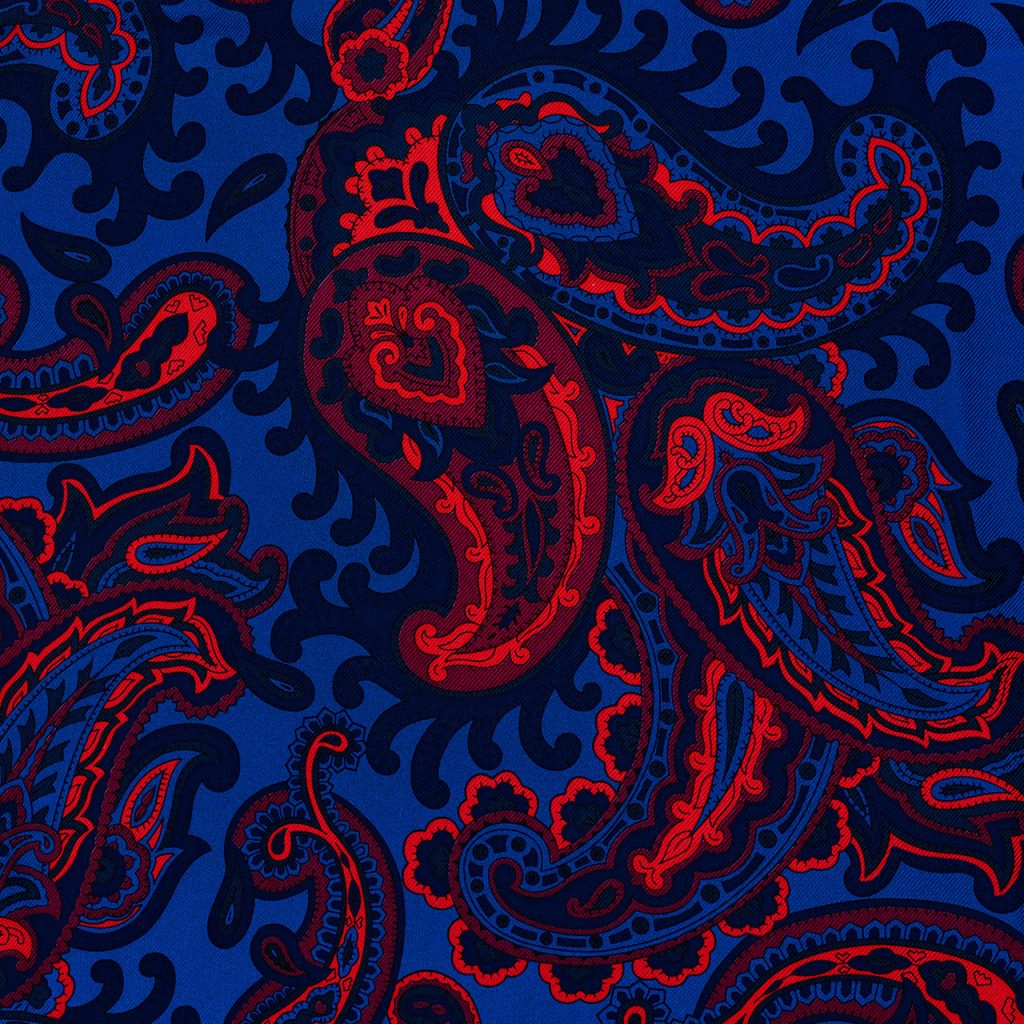 The production process for Madders is precise.The starting ground of any Madder silk is white twill. This is screen printed, one layer at a time before being steamed and washed and cut into 12 yard lengths. These are dipped into large indigo dye vats. The panels of silk are then stirred for ten minutes before a vigorous spin dry and another 15 minutes of resting time that allows for oxidisation. The above procedure is carried out a total of three times, before finally being silk washed. The result upon completion is a super soft silk, whose colours interplay perfectly, contradicting their brasher linear design.

There is a unique quality to Madder silk, a sense that no two items are the same. This is in many ways true, each piece varying somewhat as it is cut and made up. The fact that each piece of silk is limited to just twelve yards in length due to the production process, also contributes to the individual feel, the enforced short quantities dictating limited editions. 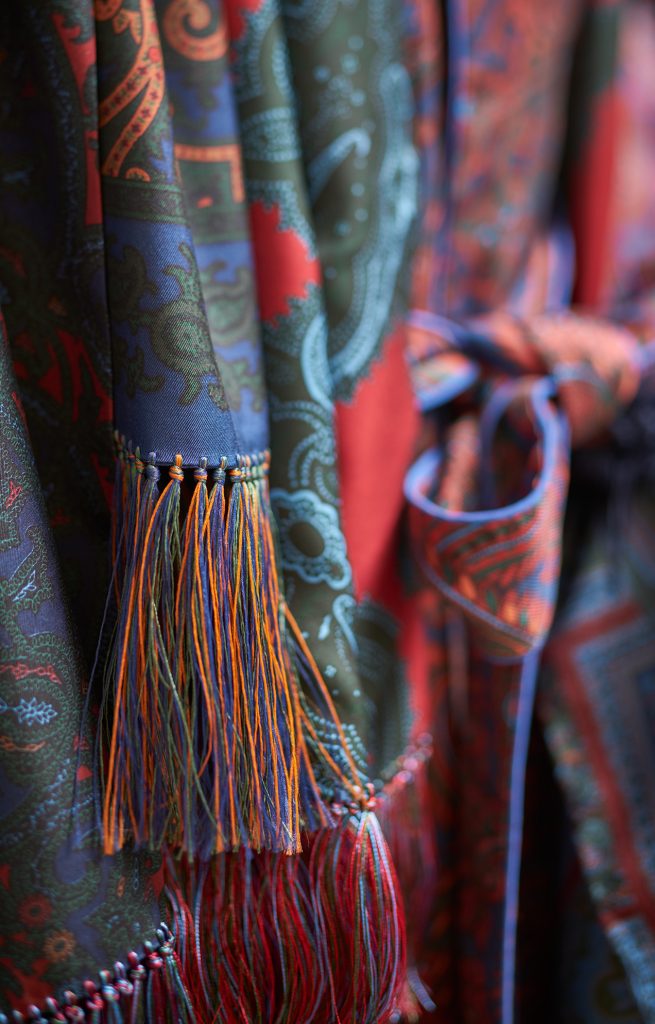 Stalwarts for tradition and true British elegance, Budd really is proud of its madder collection and the preservation of this heritage cloth. Whilst its roots lie in classic dressing, today it plays perfectly into the modern wardrobe, a timeless classic that we hope endures for the century to come. At the very least, we know it will continue to play a prominent role within the wardrobes of our staff, true ambassadors that are mad for Madder!