Father and Son – our Autumn photoshoot 2017

We had a lot of fun on our photoshoot earlier this month. Shooting on the edge of Richmond Park on a typically Autumnal day where the leaves have changed and there is an ominous chill in the air, our collection of brushed cotton shirts, gowns and other Seasonal goodies could not have felt more appropriate. 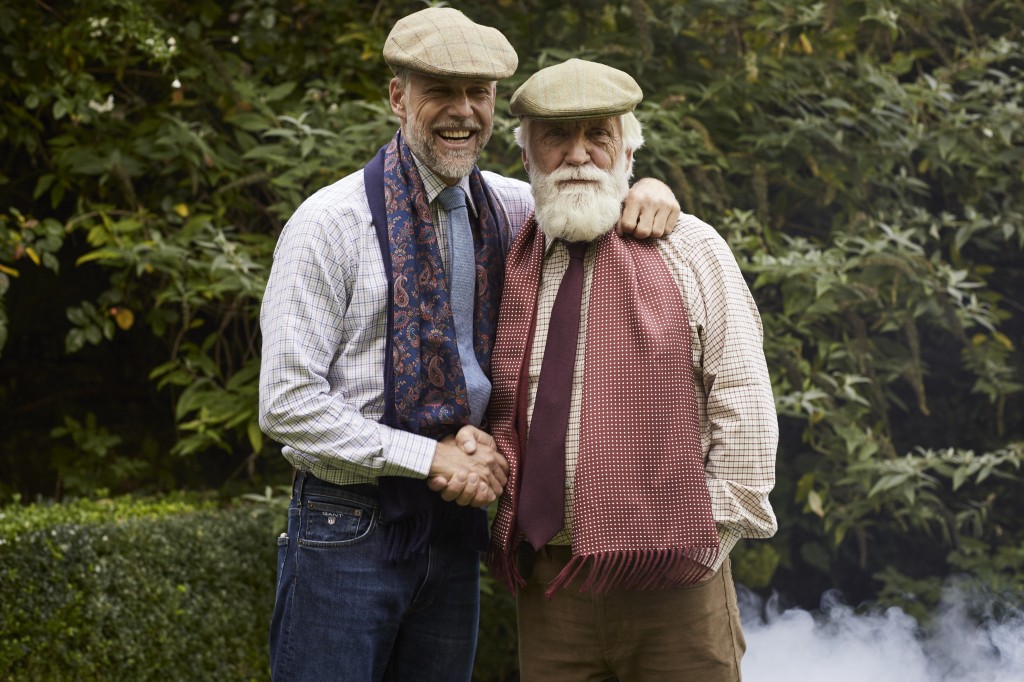 We welcomed back Dutch model, Remco Van Der Linden for the shoot. We first met him earlier this year when gearing up to capture the joys of an English summer at fabulous Gin’s Barn in the New Forest. It was in the midst of photography and fun, that Budd’s Creative Director, Fanny Ward discovered that Remco’s father, Aad, was also a model and that the pair have a real penchant for working together, and an instant connection with the camera. Ogling the father and son’s joint portfolio, Fanny knew instantly that the two of them would perfectly embody Budd. 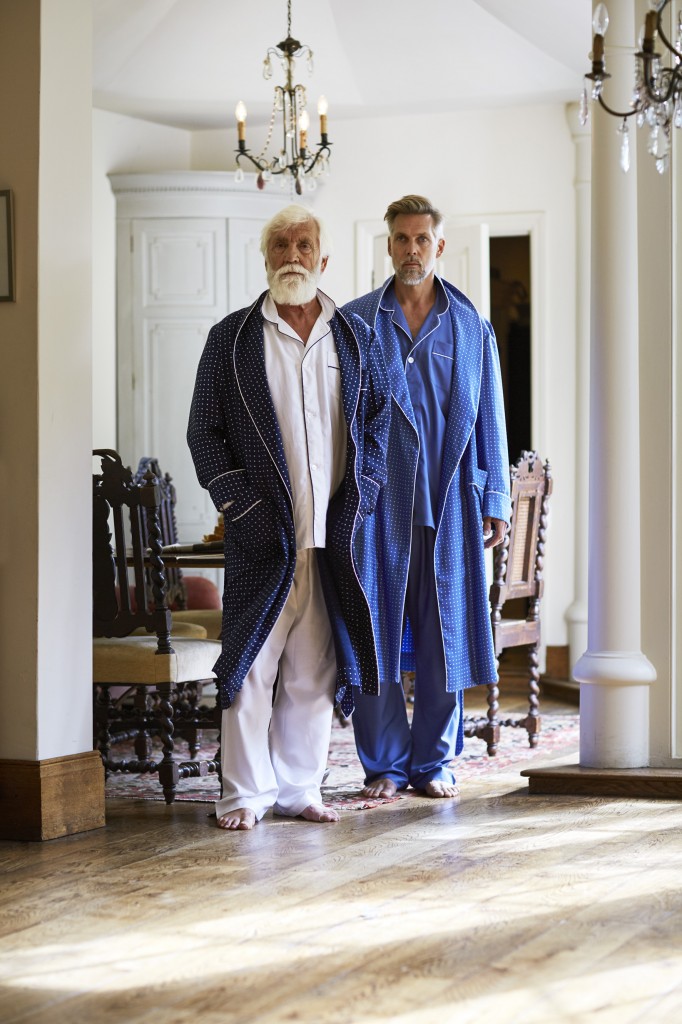 The naturalness of the images from our shoot is largely as a result of the tight bond between Remco and his father. You can’t but notice the intimacy and friendship between the two, however, this has not always been the case and in fact, it is only in the last few years that they have built such a solid relationship.

A tragic car accident more than 30 years ago which resulted in the death of a 17 year old girl left Aad living in a state of depression. Though not to blame, Aad's feelings of guilt and remorse kept him from bonding with his son. 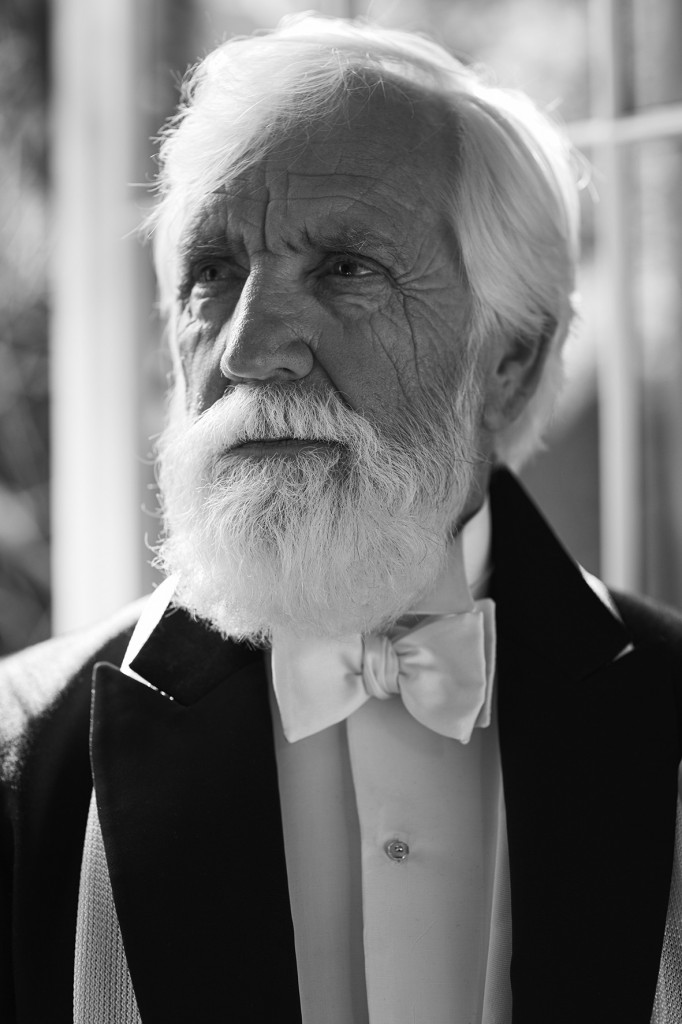 A few years ago, a friend suggested he try EMDR therapy. So revolutionary were the results that Remco and Aad are now true advocates for the treatment, evangelical about its transformative effect. After just eight sessions of the eye movement desensitisation and reprocessing psychotherapy, Aad was able to overcome painful memories of the accident to reconcile with Remco. With a newly rekindled sense of joy and fun established, serendipity then saw to creating another new exciting dimension to the duo’s lives - modelling as a partnership!

Holidaying together in Ibiza, Remco had some photographs taken of he and his father together, celebrating their second chance. Their chemistry was instantly visible. Remco posted them on to his Facebook page, whereupon they were immediately picked up by a photographer; the rest is history.

Fanny says, “We absolutely love the credibility of Remco and his Dad together. Our photo-shoot was so much fun and Aad brings such a refreshing energy to things. He has a real body, our classic cut shirts are the perfect shape for him which I think is very important. Our customers don’t all have the body for tailored fit shirts, nor do they wish to wear them. The majority like to live a good life.”

We are particularly fond of Aad’s white tie portraits and the shots of him on the sofa with the dogs. He looked so at home in our paisley silk gown and pjs that we had to remind ourselves to move on with the day. So comfortable were father and son during our breakfast scene, we genuinely felt like it was a pity to break up the moment. 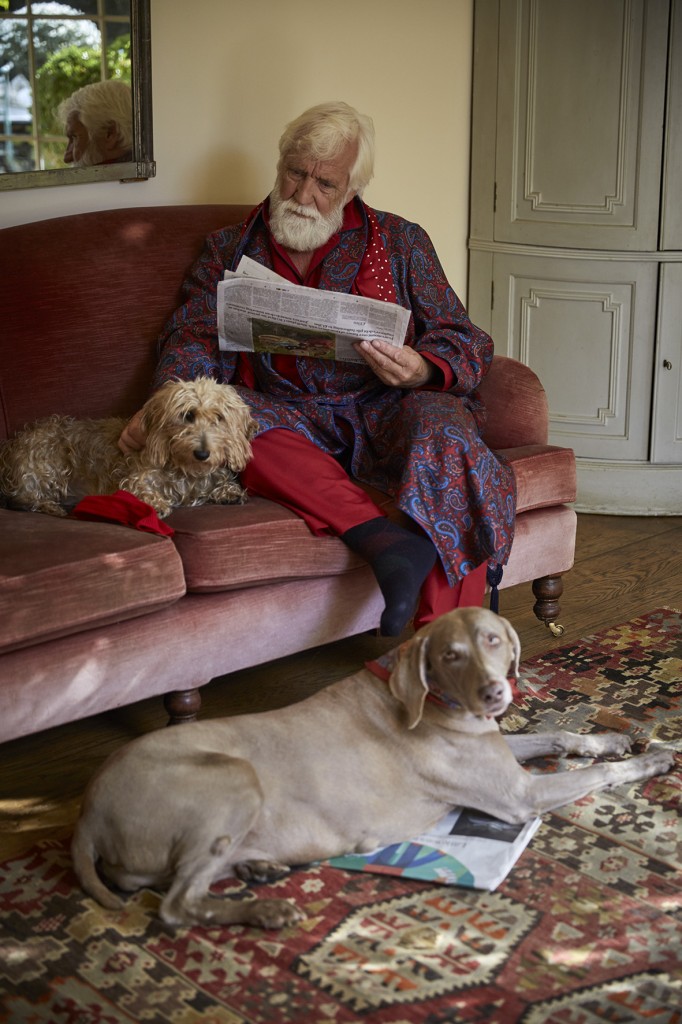 We hope to shoot again with Remco and Aad in the future and look forward to heading back out for another day of fun and frolics. 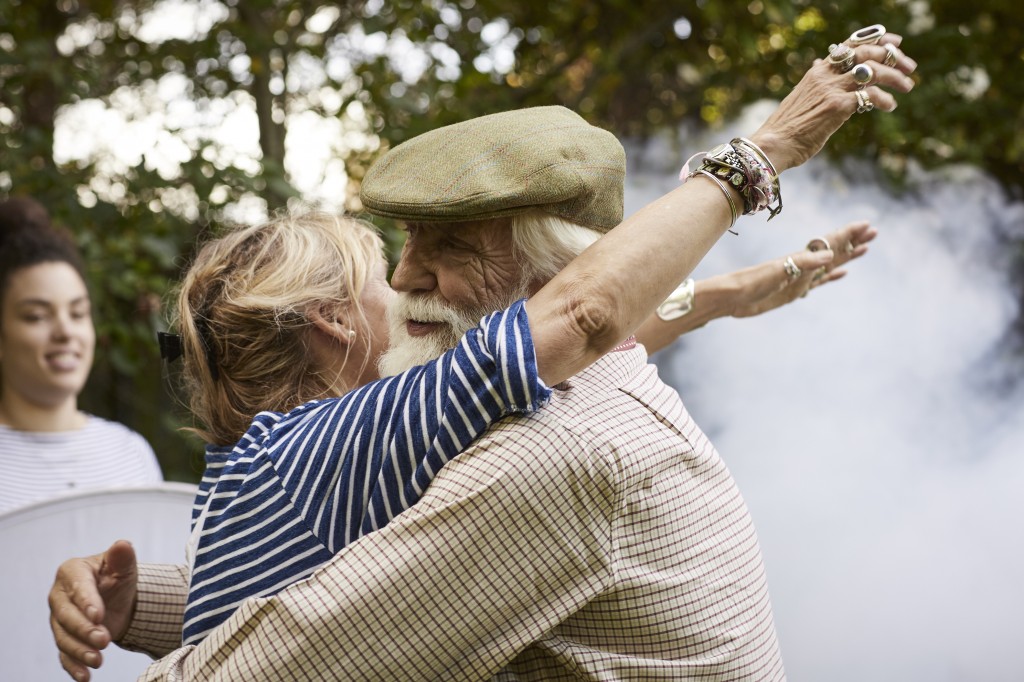 With thanks to Huntsman, Swaine Adeney, Benson & Clegg, George Cleverley and Favourbrook for their kind loan of tailoring, footwear and hats during our photoshoot.