If running a marathon in a Budd Stripe nightshirt and sock suspenders wasn't enough, Christopher donned full Ironman attire for the Brighton Marathon as part of his training for participating in the Ironman in July this year. 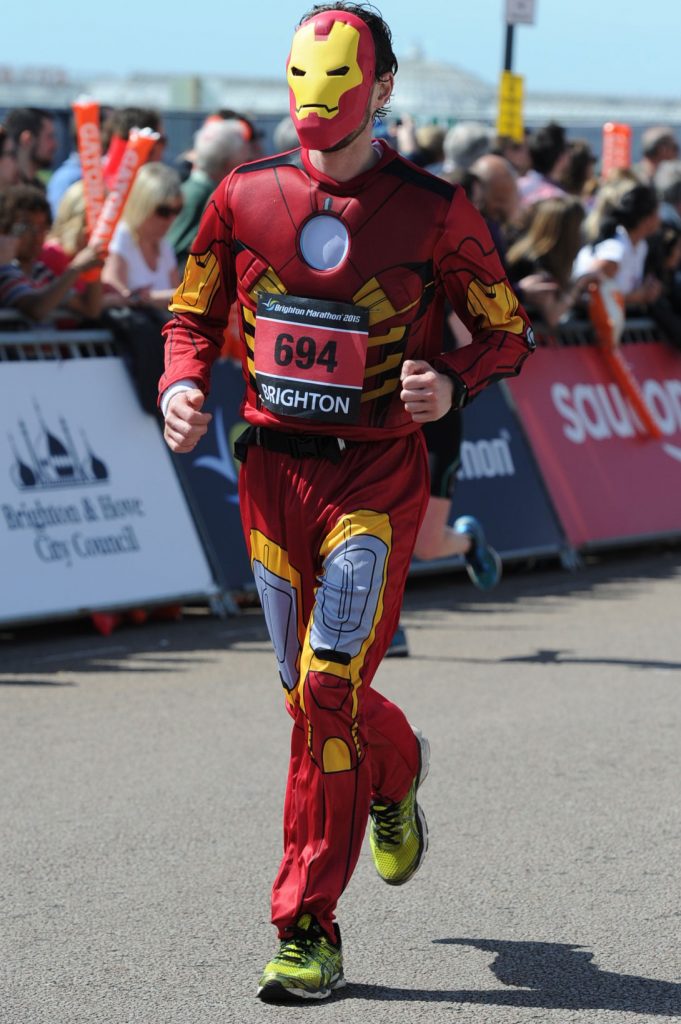 Christopher has earned his way into the UK Ironman and will be competing on 19th July 2015. Having taken part in numerous marathons to raise money for Macmillan in memory of his grandmother, Christopher will be pushing his body to it's limits in one of the most renowned competitions for the world's best athletes.  This completes a seven year tribute to his grandmother and the nurses and staff whom supported her and their family through a very difficult and heart-wrenching final battle with cancer.

Read more about Christopher's story and support his Ironman cause here.