In Off the Cuff
by Poppy

Andy to some, Mr Rowley to others, Andrew has been a mainstay at Budd for over thirty years. This is no small feat, when you consider that he makes the journey up from the South Coast every morning. 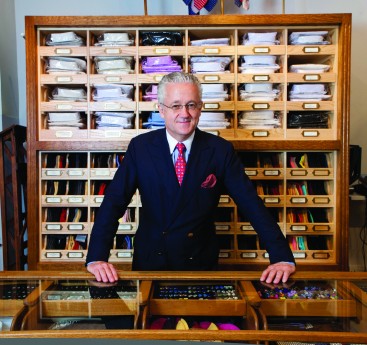 Of perhaps the entire Jermyn Street community, Andy is probably the most perfectly versed in all elements of men’s formal and business dress and has furnished gentlemen with all the essentials of their outfit for almost all occasions. Whether it be a State Dinner, kitting out the Tokyo Philharmonic, the High Court or a Sheriff’s investiture, Andrew has been the sounding board and provider of correct form

It goes without saying that he is a guardian of Budd’s heritage and the company’s proclivity towards making and sourcing from within the UK wherever possible. He is a man of wit, with a sharp memory for names. Insouciant day in day out, just don’t cross him on the Cricket or Brighton and Hove Albion!

You have dwelled in St James’s for three decades now. How have you seen Jermyn Street’s famous shirtmaking community change over the years?

There is still a sense of community in the area, but the sad demise of family run, individual shops that added colour and diversity to Mayfair and St. James are always in decline, with more generic brands taking up the rents in the area. The romance of Jermyn Street diminishes a touch when we lose the sense of the artisan.

What do you think singles out Budd from its competitors?

The individual and personal attention given to each customer, combined with our in-house knowledge that stretches back to the exacting standard and morals of the 30s. These were  learned and passed down to us from the doyen of the trade, Mr Chalmers.

Have you ever been tempted to stray from 3 Piccadilly Arcade?

I’m pleased to say, very rarely!  There has been the odd convivial lunch over the years where possibilities have been discussed, but home is where the heart is...and all that!

You have seen a lot of changes over the years? What are your earliest memories?

Joining Budd after a good grounding at Beale & Inman of Bond Street. After the grandeur and size of Beale and Inman, Budd felt much smaller but reassuringly full of heart.

Do you remember when Webster Bros was incorporated into the company? What did this bring with it?

Yes! We merged in 1983, after a tricky time with a certain Mr Norman who sadly showed us the other side of the coin of a solvent operation. Ray Webster, owner of Webster Bros was a kindly man who restored us back to good health by gradually filling us with stock that would right the good ship Budd. I remember his wife Shirley used to come in once a week for a cup of coffee and a countup! We were blessed to be supported by the family, who then passed the company down to their daughter Sarah. She kept things going strong which opened the doors and made us an appealing prospect for our new and current owners back in 2011.

What about recent changes? How have you enjoyed being part of the shop’s evolution into the 21st century? When the company was taken over back in 2011, it underwent something of a facelift whilst seeking to retain its character and audience? Do you think it has been successful?

The best part of the changes introduced to Budd is the reinvigoration. This is largely due to owner Stephen Murphy insisting on training and developing new, younger staff. Their fresh energy and impetus embraces the ethos of the past but moves things forward in a respectful but purposeful manner. It has been both a delight and maybe even a surprise to two stalwarts like Mr Butcher and myself.

What about all the new fangled technology? A computer and a till that is!

How would you describe your closest colleagues, John Butcher and Christopher Mundy?

What are the secrets of surviving your daily commute?

The Times and B&O headphones! 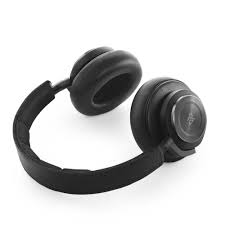 What are you most proud of at Budd?

That it continues with the unique standards of the West End that my father taught me.

What is your all time favourite Budd item?

The Budd stripe child’s shirt and shorts that are framed up on the wall at the shop. They are made from the Edwardian Blue silk that my father’s company Vavassuer supplied pre World War Two. Apparently an incendiary bomb was dropped on the warehouse that stored the shirting silks in Spitalfields and they were never produced again. At least not in silk. We now commission our own cotton version. 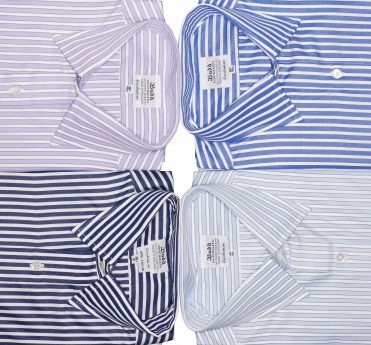 You often refer to your father when in conversations about the trade. Can you elaborate a little?

Dad worked for the old tie company, Vavasseur for fifty odd years.  They were an English tie wholesaler of French origin. My father filled me with a love for the West End. Initially, I tried to rebel against it, but ended up following him into the trade with my job at Beale and Inman and full embracing and embodying it. Father knew best!

What can you not live without Budd wise?

The staff at work and certain refreshments. Oh, and my batiste pocket squares.

My wedding suit from the legendary tailor that is  Malcolm Plews and my “C’est ne pas une pipe” tie from my wife. 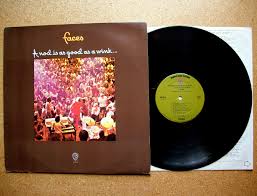 Easy! An American Werewolf in London. 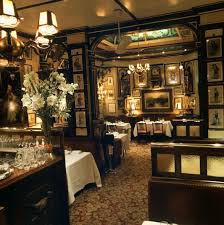 The Grand Cafe at the Royal Academy across the road and The Royal Overseas League. I have been a member there for the last twenty years and it is a great home from home, especially when I want to avoid the commute. 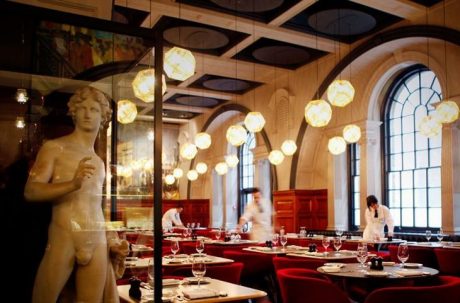 Must visit shopping destination in London? 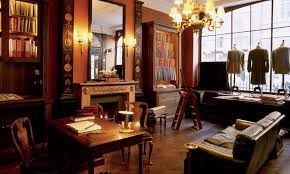 You are famous for some of your sales quips, such as “Cut for men, not Boys”. Have these passed down or coined by you over the years?

A mix. Some of them just stick. “For Show or for Blow” always tickles people.

Who has been your most memorable client?

There have been many, but Douglas Adams, Jimmy Greaves and Cherry from Pan’s people spring to mind.

That would be impolite. However, there was once a celebrated comedian who seemed a blast on TV in the 1980s, but was a misery guts on the occasions that he visited us at the shop. Everybody has a down day, but there is little excuse for poor manners.

A certain Mr Scott-Eliiot. He was a portly English gentleman in a three piece suit who wore a uniform of cotton and wool shirts and batswing bow ties.  When I saw his obituary in The Times, he was the Ruler of a small Pacific island!

Do you open on Sundays? I am not a fan of Sunday trading.

From Mr Chalmers to our newest member of staff, Jacqueline and all in between, I genuinely think it is the atmosphere of us all within the walls and the general camaraderie.

Sum up Budd in just a few words:

I’d like to think knowledgeable and gentlemanly fit the bill.

What would you like to see at Budd, and in its future?

For our traditional values to thrive in the modern world.