Harold Budd opened his shirt makers shop in St James in 1910 at No 4 Piccadilly Arcade. The arcade had just been completed in 1909 and housed a group of elegant shops leading from Piccadilly through to Jermyn St. 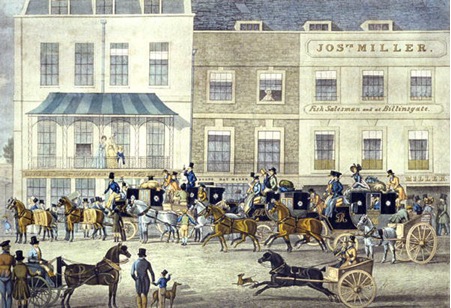 The St James area had always catered to a gentleman’s every need.  This exclusive area between The Mall and Piccadilly was home to many members clubs like Boodles, The Athenaeum and The Carlton Club.

Side by side these bastions of the establishment were private hotels like The Cavendish run by “the duchess of Duke Street” where Edward V11 entertained his mistresses. St. James's Palace was just around the corner from Budd's new shop so that royalty, court followers and other big spenders were always passing by. Piccadilly itself was being completely re-developed. Caesar Ritz had just opened his hotel in 1906. The Wolsey Motor Company housed its chauffeured cars in a spectacular new showroom which today houses the fashionable Wolsey Restaurant.  Harold’s new premises were in the right place in the right time.